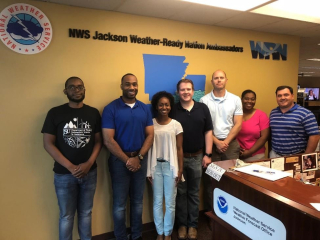 Advanced Training is the Key to Success for CTE Jobs with the U.S. Army Racing Team

Blog and Photo by U.S. Army

Much like becoming one of our U.S. Army Soldiers, working on one of the fastest and most technologically advanced NHRA Top Fuel dragsters requires advanced technical training and dedication to teamwork. From the clutch specialist to the crew chief, each member of the U.S. Army Racing team is an expert in the field, propelling the dragster to more than 80 career wins and eight NHRA Top Fuel World Championships.

In the Army, a newly enlisted Soldier must complete Basic Combat Training (BCT), where they learn tactical and survival skills and the Army Core Values, before entering Advanced Individual Training (AIT), where they then receive the training to perform their specific Army career, or Military Occupational Specialty (MOS). During AIT, the Soldier receives hands-on training and field instruction, making them an expert in their respective field. During the course of the Soldier’s career in the Army they continue to enhance their skills through ongoing education and training setting them up to transition to a civilian CTE career after completing service.

Similarly, many members of the Army Racing team have graduated from technical colleges and/or completed internship programs where they received hands-on training to learn the necessary engineering and mechanical skills required to assemble a dragster that makes over 10,000 horsepower and reaches speeds of 330 miles per hour in three seconds.

The training that Soldiers and the Army Racing team receive allow their teams to be versatile and able to easily and confidently adapt to changes they’re faced with – both in the field and on the race track – while working seamlessly together. These key attributes are the driving forces that have led to the Army’s recognition as one of the world’s most elite teams and to the success of the Army Racing team.

Posted at 06:40 AM in Engineering and Technology Education, Guidance and Career Development, Military, Trade and Industrial Education | Permalink | Comments (1)

As 2016 draws to a close, we want to take the time to highlight all of the excellent blogs that our partners have created since we debuted this page several months ago. We have thoroughly enjoyed collaborating with our contacts to develop content that discusses the in-depth, excellent partnerships between industry and education that are currently strengthening career and technical education nationwide.

Workers in the woodworking and furnishings supply industry are rapidly retiring from jobs as machine operators, technicians, engineers, and sales professionals, and businesses are looking to internship programs to train students to the fill the gap?
Blog: “The Association of Woodworking & Furnishing Suppliers (AWFS) Discusses Efforts to Address the Skills Gap”

63 percent of sign manufacturers say attracting skilled workers is the number one issue impacting their business, and the International Sign Association (ISA) has partnered with NOCTI to create digital badges that show employers which employees have the skills they are looking for?
“Sign, Graphics and Visual Communication Industries Offer Great Careers”

The hospitality field could add up to 3.3 million jobs by 2021, and more than 50 percent of all hotel general managers and c-suite executives began their careers in hourly, entry-level positions?
“AHLEI Reports on the Hospitality Industry”

The U.S. Army offers over 200 specialized careers, which give recruits opportunities not only to defend the nation against cyberattacks, provide medical care, and repair vital technology, but also to gain skills that will be useful if they enter civilian careers?
“High-Demand CTE careers in the U.S. Army”

Master Builders of Iowa has launched a career information website and construction week to make parents and educators aware of career opportunities in construction, and hopes to strengthen its relationship with the education community to further increase awareness?
“Are Your Students Prepared?”

Technological advances are creating a more efficient, flexible, and lucrative manufacturing system, but students are frequently not learning the interdisciplinary competencies that would help them succeed in this new environment?
“Advanced Manufacturing is not a Second-Rate Career”

The Council of Chief State School Officers, Advance CTE, and JP Morgan have partnered to distribute over $20 million in grants to help states implement their career readiness plans?
“Career Readiness: A National Agenda”

The Oceans of Data Institute has created a free Profile of the Data Practitioner to inform schools of the specific skills, behaviors, and areas of expertise in which data analysts need to be proficient?
“What does the Data/Big Data Practitioner need to know and be able to do?”

Whether you’ve been a loyal reader for the last several months, visited this page to read a specific blog from a company or organization with which you have a connection, or simply found this page through your search for knowledge about CTE, we appreciate the time you have given us and your interest in education-industry partnerships and the ways in which they can help build an educational system that prepares students for the careers of today and the future. We hope you will keep reading our weekly entries in 2017! 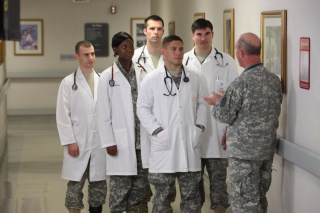 When many students consider careers in CTE, they may not realize how many options are available to them. Did you know the U.S. Army offers approximately 200 specialized careers? These different options span a variety of fields, and a large number of them provide a clear path to a civilian CTE career after completing service. With the classroom and on-the-job training provided by the Army, young people can gain the sought-after skills necessary to compete in many different industries.

Below are a few Army careers, also known as Military Occupational Specialties (MOSs) that are in high demand over the next several years. Career-minded students can explore these and other MOSs on GoArmy.com.

Civilian Career Options: The skills cyber operations specialists learn help them prepare for careers in certain government agencies, as well as jobs in private electronic/communication companies. As technology continues to evolve, this career path can keep students interested in tech-focused careers on the cutting edge.

Civilian Career Options: The skills learned by Computer/Detection Systems Repairers are widely applicable to careers with a multitude of IT employers, including manufacturing companies, medical research facilities, satellite communications firms and commercial airline companies, as well as government offices including the Federal Aviation Administration, the National Aeronautics and Space Administration and the National Weather Service.

ASVAB CEP is a complete career planning resource designed to empower students to explore their career and postsecondary options in the context of their skills and interests.  With the redesign of the website and introduction of the web-based aptitude test, the ASVAB CEP introduces students to several pathways they can take to reach their career goals.  The holistic approach to career exploration includes information on education, credentialing, licensure, apprenticeships, the military, employment outlook, and salaries for each occupation so that students can truly explore all options available to them.

The ASVAB CEP promotes career literacy through exposure to career-field entry requirements and access to future-oriented planning tools to help students develop an action plan to share with parents and educators. For students who are interested in the military, participation in the ASVAB CEP gives them a usable test score for enlistment and allows them to explore the service that best matches their career goals.

Visit www.asvabprogram.com to find out how you can bring ASVAB CEP to your school.

ACTE's Industry Connect Blog gives employers and educators the opportunity to connect and collaborate with each other by sharing information, news, and activities that emphasize the connections between CTE and industry. Interested in submitting a blog? Contact Lauren Fillebrown at lfillebrown@acteonline.org